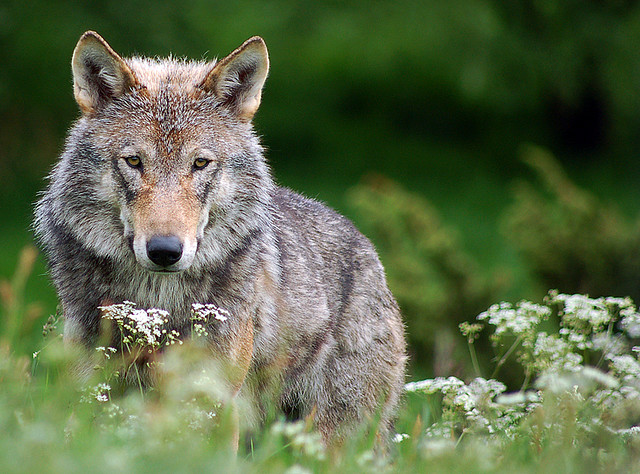 In our culture wolves are highly misunderstood animals that have gained the reputation of being cold blooded. But in reality wolves are friendly, social and intelligent creatures. They are proud hunters, not ravaging killers.

Wolves prefer diplomacy and retreat over open hostility or fights but this is not because of cowardice but because of intelligence.

And in physical fight defeating a wolf is very difficult. Wolf has great courage, stamina and strength. In addition to that, a wolf maintains a network of loyal friends and family for when the times get tough.

Although a wolf certainly has the strength and knowledge to stand alone, he shows us the importance of family and friends. Wolves are highly social animals.

Wolves have a strong sense of family while maintaining individualism. They are truly free spirits even though their packs are highly organized. Wolves teach us the balance between solitude and socializing.

Wolves represent the spirit of freedom, but they realize that having individual freedom requires having responsibilities. The wolf represents the union of opposites.

About the Wolf Design
The Legend of The Founding of Vilnius
Wolf and its Symbolic Meaning
Contact: [email protected] Lithuanian version